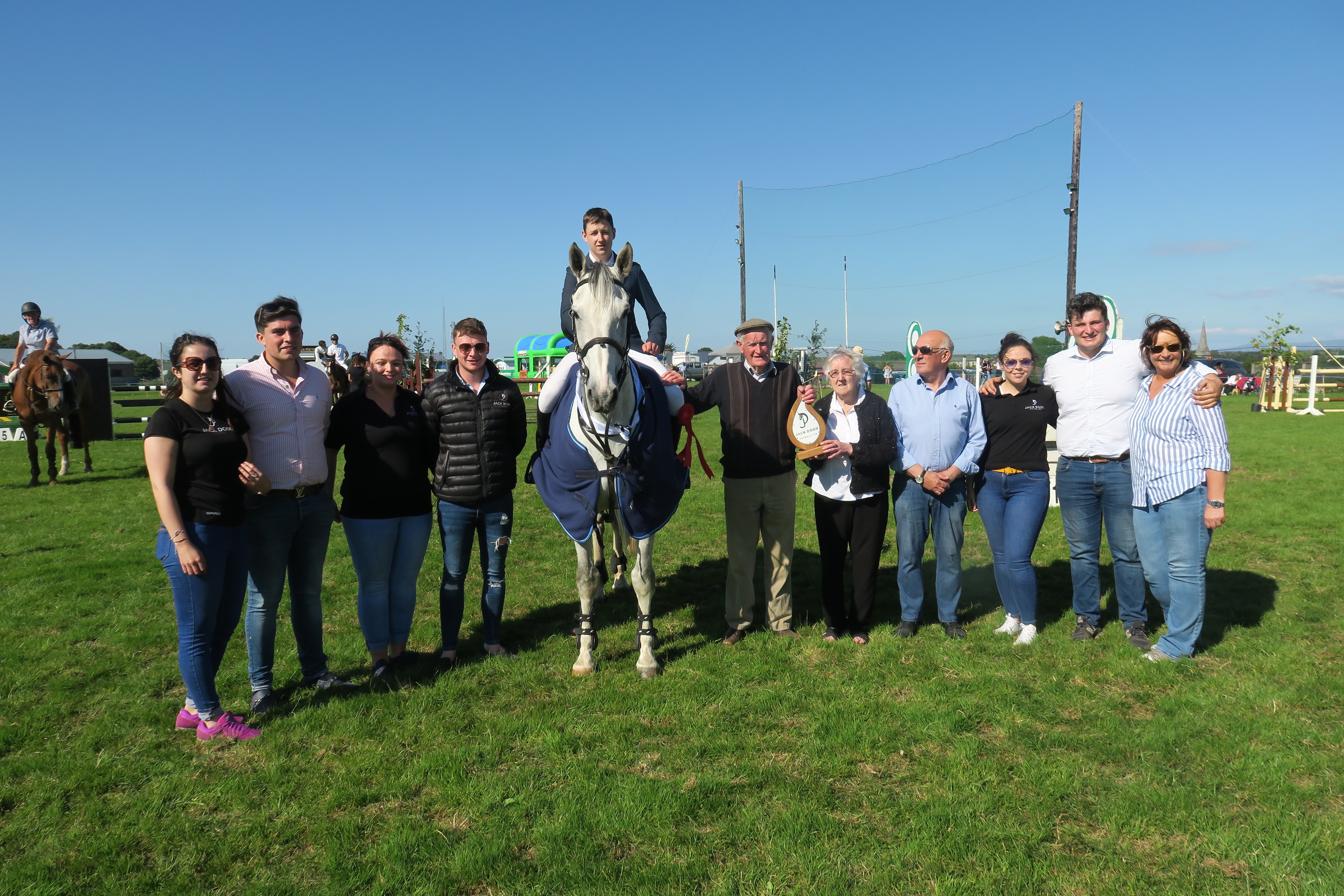 The sunshine, pristine grass, and a brand new Jack Dodd Foundation fence were three of many things which made Sunday afternoon at Ballina Agricultural Show thoroughly enjoyable for all involved.

The class featured 11 jumping efforts which were judged against the clock, along with an option of jumping a joker fence measuring at a height of 1.35m after crossing the finish line. Clearing the fence would mean 5 seconds were taken off the riders’ final times, knocking it meant 5 were added.

It was a case of playing the percentages and an early lead of 49.46 seconds was taken by Jamie Landers and Isona Van De wolfsgrachtin. Deane Rogan, riding L’Oiseliere threatened to steal the lead but fell short and had to settle for slotting in to second place. Luke Corcoran and Mayfeild Candy Lad then pushed them into third after taking all the turns and jumped the Joker clean to finish with a time of 46.78 seconds, snatching the lead from Jamie.

Things weren’t over yet! Luke held the lead for 20 horses until local rider and crowd favourite Matt Gordan and Guido scorched around and left the joker standing to go into first place. It looked to be all over until young rider Lee Carey and Furistos Cruise entered the ring and just nipped inside Matt’s time to take the new Jack Dodd perpetual trophy.

Congratulations to all riders who took part, we hope you enjoyed it as much as we did!

Thank you also to everyone involved in the organisation of the Ballina Agricultural Show for organising and hosting a wonderful afternoon.